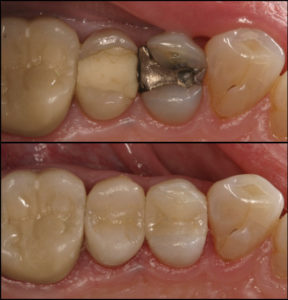 How to Remove Amalgam Fillings under IV Sedation

The sedation dentist Dr Gary Adams is trained to safely remove amalgam mercury fillings using the IAOMT.org protocol. When a patient has many amalgam fillings we believe it is best to sedate a patient with some form of dental sedation such as IV sedation, oral sedation or nitrous oxide sedation. It is especially important when the patient has several metal fillings including fillings on both sides of the mouth. During sedation, the patient is more relaxed and in a better state to heal from any infection or to detox any effects of the mercury in the metal fillings or other potential toxins in any of the dental materials to be removed. At Maryland Sedation we practice with a holistic philosophy. In cases where a patient needs many mercury fillings removed or the patient has systemic toxins already present, we do additional treatments such as vitamin C, glutathione among other things to assist in healing and detox.

This site uses Akismet to reduce spam. Learn how your comment data is processed.